Visiting Atlanta for the first time, and not sure what to do? We’ve got you covered. At Atlanta Charter Bus Company, we’ve put together a guide to the best things to do in Atlanta, from arts and culture to sporting events to the best places to eat in Atlanta. And if you’re looking for group transportation, give us a call at 404-474-7769; our 24/7 reservation specialists can connect you to the right charter bus or minibus rental in Atlanta for your trip.

How to Get Around Atlanta

If you’re flying into Atlanta, chances are you will be flying in at Hartsfield-Jackson International Airport. It’s been the busiest airport in the world by passenger volume since 1998 (except briefly in 2020 when it was updated during COVID-19). But don’t let that intimidate you! Atlanta Charter Bus Company has an Atlanta airport guide for group travelers that breaks down the terminals, where to load and unload your charter bus, services and amenities offered, and more.

One of the biggest ways people get around in Atlanta is through the Metropolitan Atlanta Rapid Transit Authority (MARTA). MARTA is a series of high-speed rail trains and bus systems that travels through several major Atlanta neighborhoods, such as Buckhead, Midtown, and Grant Park, in addition to limited suburban areas. The high-speed trail routes along three different lines: red, gold, green, and blue. A one-way ride at MARTA costs $2.50, and you can load and reload a Breeze card to use as your currency at the terminals. A new train arrives at each station around every 15 minutes or so, depending on how busy it is. MARTA currently operates from 5:00 AM to 1:30 AM on weekdays, and 5:00 AM to 12:30 AM on weekends. MARTA has an app you can download to stay up-to-date on

Atlanta is a major city, meaning there is often a steady stream of Uber, Lyft, and other rideshares available. It’s good to bring your own transportation, however; during busy times, you can see dramatic price surges through rideshares, in addition to limited availability on occasion.

Though there are many ways to travel through the city, renting a charter bus in Atlanta is by far the best option for a group. With MARTA and rideshares, you are operating around somebody else’s schedule and somebody else’s travel limitations. For example, MARTA may not go where you want to visit, or you may not be able to find an Uber. But with an Atlanta charter bus rental from Atlanta Charter Bus Company, you have transportation that works on your schedule and your itinerary. The buses in our network can accommodate all group types, are maintained and inspected regularly for safety, and come with an experienced and highly vetted driver ready to tackle rush hour traffic and tricky streets for you. 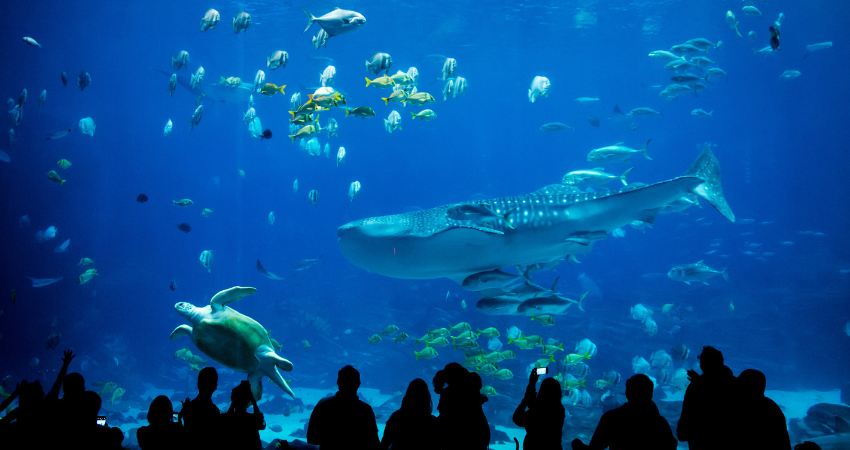 As the largest aquarium in the United States, the Georgia Aquarium features seven different galleries and exhibits. Their centerpiece exhibit is the Ocean Voyager, a 6.3 million gallon tank with thousands of fish. The Georgia Aquarium has different interactive experiences, educational exhibits, and behind-the-scenes tours, including a shark tank in their newest exhibit, Sharks: Predators of the Deep.

The World of Coke is located right next to the Georgia Aquarium, making it a great stop after you’ve seen all the fish and marine life. The World of Coke has different exhibits and Coca Cola paraphernalia, including a bottling factory, a media room that shows different Coke commercials throughout the years, and a big tasting room where you can sample Coke products from different countries across the world.

The National Center for Civil and Human Rights chronicles Atlanta’s journey as a major city in the history of the Civil Rights Movement. It’s also located right next to the World of Coke and Georgia Aquarium. Through different exhibits and art installations, both evolving and permanent, it also explores the history of civil rights across the world, including countries and areas of our world that still struggle for their freedoms today.

Zoo Atlanta is one of four zoos in the entire country that are home to Giant Pandas, and a leader in the care and study of endangered species, especially gorillas. Today, it has different exhibits with more than 1,3000 animals representing more than 220 species, including lions, elephants, clouded leopards, tigers, and more. It’s located in the Grant Park district, and not easily accessible by MARTA; be sure to arrange for a charter bus rental or other transportation to visit this zoo. 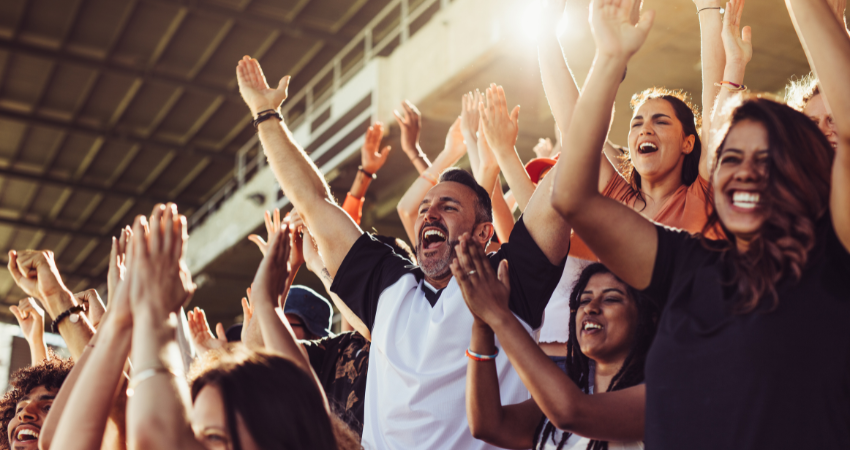 If you’re a sports fan in Atlanta during baseball season, be sure to watch the Braves play. Their stadium, Truist Park, opened in 2017 and is about 10 miles outside of the city – Atlanta Charter Bus Company can connect you with the right sports charter bus rental for the occasion if you’re traveling with a group to see the game. Around the stadium is a shopping, dining, and entertainment area called The Battery, which is great to explore and grab a bite to eat before the game.

Stop by the Mercedes Benz Stadium in Atlanta to catch an Atlanta Falcons football game, or an Atlanta United soccer game. Also opened in 2017, the stadium features the “100 Yard Club,” a concession area and gathering space to hang out before the game, along with over 600 different dining options, with prices lower than other sports stadiums in the area. Those interested in fantasy football can hang out in the “AT&T Perch,” which airs other football games going on at the same time. 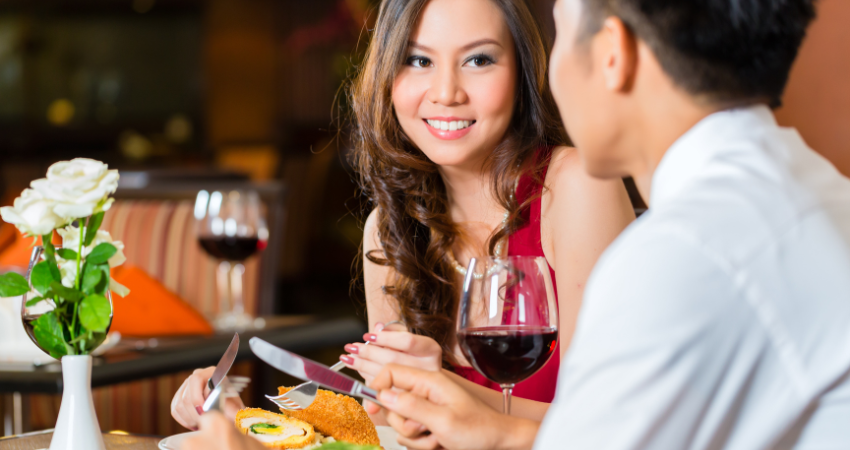 Nan Thai is the premier Thai restaurant in the city and is one of the many great options for group restaurants in Atlanta. The atmosphere is modern and Zen-inspired, creating a calming air of tranquility that matches the cuisine. Patrons love the Thai BBQ lamb chops and lobster tail, short ribs, red snapper fish, and the creme brulee and lychee sorbet for dessert.

St. Cecilia is a seafood and Italian fusion restaurant where the pasta is made fresh in-house daily. Some of the standout dishes include the agnolotti, charcuterie board, swordfish, and squid ink pasta. The interior is spacious and modern, with high ceilings, clean and symmetrical lines and architecture, and open lighting during the day with moody dark lighting at night.

For shareable Spanish dishes with hints of Moroccan and Indian cuisine in the Buckhead Village District, stop at Gypsy Kitchen. The restaurant features a patio overlooking the area, and a Grecian and Spanish-inspired interior with touches of modern and industrial vibes. Some of the dishes guests enjoyed most were the Brussels sprouts, skirt steak, and fried chicken, with a Sangria to wash it all down.

Visit this upscale restaurant for all-you-can-eat Brazilian meat carved directly at your table. The interior features slate rock and dark wood walls, modern lighting, and white linens for a modern and earthy vibe. Fogo de Chão also has a fresh and delicious salad bar, and is great for birthdays, bridal dinners, or other group events and special occasions. 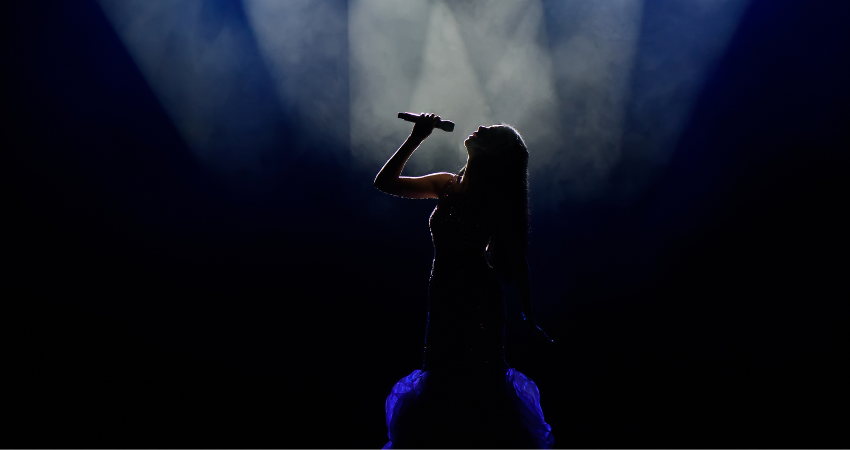 The High Museum of Art is one of the highlights of the arts and culture scene in Atlanta and is the largest museum for visual arts in the Southeast. It displays more than 18,000 works of art, and is especially known for its American fine and decorative arts from the 19th and 20th century, folk and self-taught art, African art, European art, modern and contemporary art, and photography.

The Atlanta Symphony Orchestra puts on a variety of shows every year, from classical pieces to modern scores like those of Disney, Pixar, and even Marvel. The orchestra also offers family programming for teens and younger. If you are a college student in Georgia, be sure to ask about their College Pass, which allows Georgia college students to see 20 classical concerts for only $20 each and would make a great opportunity for a school trip.

Featuring a star-studded ceiling and old-fashioned interior reminiscent of its 1920s construction, the Fox Theatre is a staple in the Atlanta arts and culture scene. While it puts on several shows and concerts a year and hosts many events, it’s most noted for its Broadway in Atlanta series, which sells out every time. It’s also noted for its beautiful Egyptian ballroom, designed after a temple for Ramses II and a popular venue for weddings and other private events.

The Shakespeare Tavern Playhouse performs traditional Shakespeare plays in a playhouse that is modeled after the famous Globe Theatre in which Shakespeare’s plays were traditionally performed in the 1600s. Before the show and during intermission, you can order traditional British pub food and beer from the in-house cafeteria for an authentic Shakespearian experience.

We hope you’re excited for your upcoming trip to Atlanta! If you’re looking for group transportation in The New York of the South, you can count on Atlanta Charter Bus Company. Give us a call when you’re ready at 404-474-7769. Our reservation specialists can answer any questions you may have, and connect you with the right charter bus rental in Atlanta for your group.